Library facilities are open to those with UCSF ID, though selected spaces remain closed with services available remotely. See timeline for reopening. 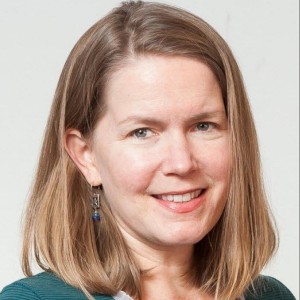 Washington, DC — The National Academy of Sciences (NAS) and the University of California (UC) today announced a two-year transformative agreement that makes it easier and more affordable for corresponding authors at UC campuses and the Lawrence Berkeley and Lawrence Livermore National Laboratories to publish open access articles in the Proceedings of the National Academy of Sciences (PNAS). This is the first transformative agreement between PNAS and a U.S. research institution, and UC’s tenth open access publishing agreement.

“We are very pleased that researchers at UC campuses can now publish papers in PNAS as a Plan S–compliant open access journal through our new transformative agreement with the University of California,” said Ken Fulton, PNAS publisher and NAS executive director. “We look forward to continuing to explore open access business models and to launching PNAS Nexus, our fully open access journal, in 2022.”

The two-year pilot agreement, which runs from August 2021 to July 2023, enables authors across the UC system to publish with immediate open access in PNAS at a lower total cost and with no separate article page charges. A flat annual fee covered by the UC libraries provides read access to PNAS at UC institutions and subsidizes the decreased cost of open access publishing for UC authors.

“I applaud the National Academy’s willingness to innovate in partnership with UC to provide a streamlined and reduced-cost path to open access publishing,” said Marta Margeta, associate professor of pathology at UC San Francisco, chair of the UC Academic Senate’s University Committee on Library and Scholarly Communication (UCOLASC) and a PNAS author. “We hope this agreement will provide a model and inspiration for others, advancing the crucial aim of making scientific research available to all.”

Students and researchers at all UC campuses will also be able to access all PNAS content, dating back to 1915, free of charge. The official journal of the National Academy of Sciences, PNAS publishes research in the biological, physical, and social sciences from the U.S. and around the world.

“Congratulations to UC and the National Academies for crafting an open access agreement that reduces costs to authors, addresses the needs of both institutions, and most importantly, advances open science,” said Keith Yamamoto, vice chancellor for science policy and strategy, professor of cellular molecular pharmacology at UC San Francisco, an elected member of NAS, and co-chair of the National Academies Roundtable on Aligning Incentives for Open Science. “Together with transformative agreements that UC has negotiated with other publishers, this plan shows that there are multiple paths toward an open access science environment.”

The agreement represents a significant step toward the overall goal of the NAS and other society publishers to develop sustainable open access models for scientific publishing. It also supports the university’s goal of working with publishers of all types and sizes to advance free and open access to UC research, which accounts for nearly 10 percent of all U.S. research output.

“We at UC could not be more excited about this agreement,” said Ellen Finnie, director of shared collections at UC’s California Digital Library. “This agreement demonstrates how a highly selective and prestigious not-for-profit journal can work collaboratively with libraries to successfully support a shift to affordable open access publishing.”

Photo by David Clode on Unsplash

Get newsletters on selected topics that matter to you.